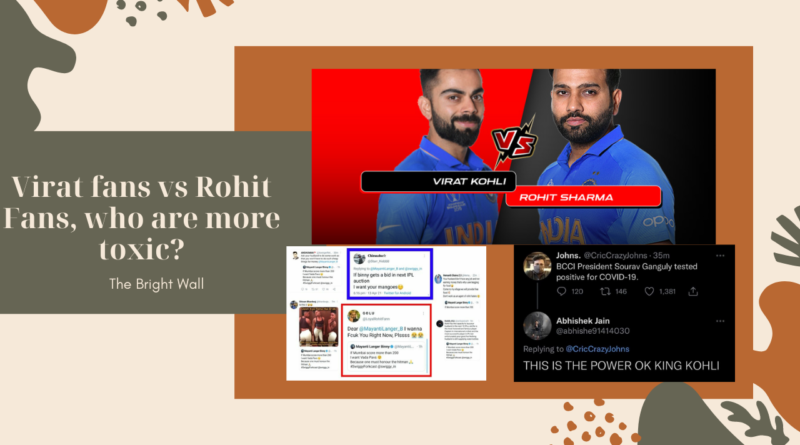 The fan fights between big celeb’s fan clubs are interesting to witness, today let’s see who are more toxic among Kohli and Rohit fans!

Also Read: List of Bollywood Actors and Actresses who are 40+ and Still Single | Unmarried Bollywood Celebs

One such recent example is the fan fight between Virat Kohli and Rohit Sharma fans. The cold war started since Virat Kohli got the Indian cricket team’s captaincy. Rohit Sharma fans were disappointed and started bringing politics and dressing room things to public notice. If they never existed, the fans created it. Nobody exactly knows how and when the fights between fans started and turned out to be one of the most toxic fights. Rohit Sharma’s fans were offended because Kohli who is 1 year junior to Rohit got the priority in captaincy. While the defending fans of Kohli started their work of proving why Kohli deserved the captaincy over Rohit Sharma. These blame games continued and media channels also covered every small thing making it so big. What can be more pathetic news than “Rohit Sharma unfollowed Virat Kohli and Anushka Sharma”. The level of maturity of some media groups can be easily reflected in such headings.

World Cup 2019 was not so good from the dressing room environment point of view. As long as the team performs well and wins the matches everything is on track but as soon as unfavorable results start coming the blame games start.

You might also like: Running out of Best Anime Suggestions? Here are Top 10 Good Anime to Watch

Virat Kohli vs Rohit Sharma Fans: Who are more toxic?

With every passing match the fan fights are getting more and more intense. As soon as India wins a match under Virat Kohli’s captaincy his fans start dominating the social media platforms and troll other fans, specifically Rohit Sharma fans. On the other hand if India loses under Virat Kohli’s captaincy then Rohit Sharma fans jump in to troll kohli and his fans on social media. Both the fan clubs think the other one is more toxic. So, let’s see who has a more toxic fanbase, Virat Kohli or Rohit Sharma.  Let’s have a look at both of their toxic fan tweets.

Let’s take the skipper’s fan base first but this doesn’t prove that they are less or more toxic. Check out this first recent tweet by a Twitter user on Saurav Ganguli’s hospitalization due to the virus. 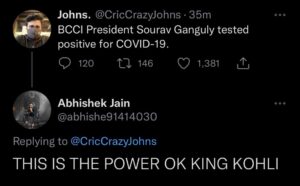 A cricket analyst/expert Johns tweeted an update about Saurav Ganguly being tested COVID positive. Around 1380+ people interacted on the tweet but this reply from Abhishek Jain caught everyone’s attention. As Ganguly vs Kohli was a trending topic so the user kind of welcomed the news of BCCI President’s hospitalization. This isn’t it! You are going to see a lot more in upcoming sections.

For instance, let’s take this second example of toxicity. It is an instance that took place in IPL 2021. The match was being played between RCB and DC when Avesh Khan (DC Bowler) took the wicket of Virat Kohli. No, there was no drama on the field! The toxic fans of Virat Kohli flew to the comments section of the bowler and filled it with abuse and hatred. Taking Virat Kohli’s wicket isn’t anything big or unbelievable as it’s not the first time, but fans took it the other way and threatened Avesh Khan even for his career. This shows different levels of toxicity. Check out the tweet where it’s mentioned.

Rohit Sharma is generous on field and Virat Kohli is aggressive. Both are needed for the team balance but fans don’t maintain that balance and dignity off the field on social media. You have already seen some examples of toxic Virat Kohli fans but to balance the article here are some of the most toxic Rohit Sharma fans who cross the limits. Cricket is a sport and it should be kept for entertainment purposes only. The things that happen on field should remain on field onl, but fans draw them too long by involving player’s family members in trolling. One such toxic example of a Rohit Sharma fan is here which even Rohit Sharma fans won’t appreciate. There is a Rohit Sharma fan named Rohan Debnath who tweeted something which is not acceptable in any form of trolling. He crossed limits by raising questions on Virat Kohli’s masculinity, then involved Anushka Sharma (Virat Kohli’s Wife) and Vamishka (Daughter of Virat and Anushka) too. You can have a look at the screenshot of the tweet here: 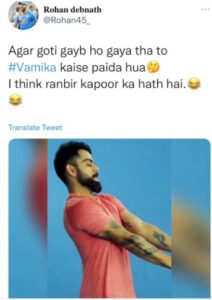 This tweet was baseless and came out of no context. But now let’s have a look at the one that was instigated. So as we all know IPL is the mother/father of controversies between toxic fan bases. To get some clout Stuart Binny’s wife, Mayanti Langer who is a sports journalist also tweeted this.

This is instigative enough for any Rohit fan, but instead of showing calm Rohit fans busted out and some to a level of toxicity. Have a look at the level of toxicity that was spread after Mayanti Langer’s tweet. 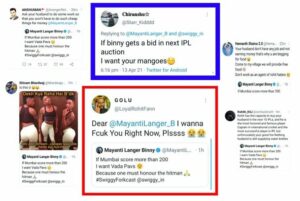 Mayanti Langer shouldn’t have done this, agreed! But fans could have maintained the dignity of Rohit Sharma’s big name. Rohit Sharma isn’t a small name that will be destroyed by some Vada Pav jokes. Fans should trust Rohit Sharma and keep calm. But after this trolling of the sports journalist even Swiggy started trolling Rohit by sharing tweets that showed Rohit Sharma dying for vada pav. Although it was all for fun but was unethical and as a result #BoycottSwiggy started trending in no time.

These were some of the most decent levels of toxicity, the fans go beyond it sometimes which we can’t even mention here. But to all those fans we want to say that you are not defending your favorite player by doing such toxic posts, instead you are spoiling the image they earned by hard work. We from The Bright Wall team urge all fans to keep calm and enjoy the performances of both the players as a team and not as competitors. 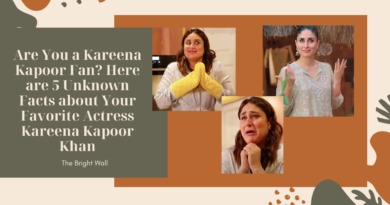 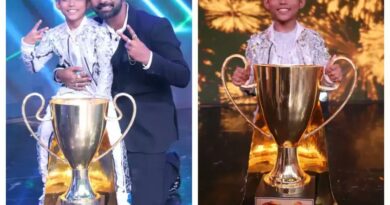 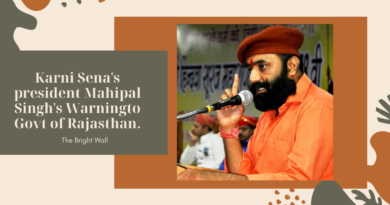 One thought on “Fan Fight: Virat Kohli vs Rohit Sharma Who has a more toxic fan club?”