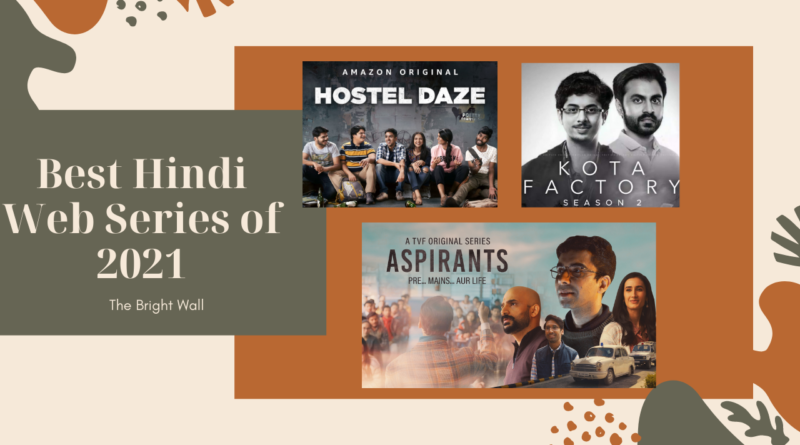 Are you getting bored and are out of suggestions of Best Hindi Web Series to Watch in 2021, here is a list of top 10 web series for you.

Movies released on OTT Platforms in 2021:

The Year 2020 and 2021 was tough for everyone including Bollywood and the entertainment industry. The struggle was not limited to release of movies in theatres but the shoots were also affected due to the nationwide lockdown. Serials like Ramayana and Mahabharata went viral amidst the lockdown due to unavailability of new web series or movies. Once the lockdown was uplifted the shoots of movies and web series resumed and the matter to show to the audience was prepared with a lot of effort. The new challenge for the producers and makers was where to display their movies. The theatres are still not operating on 100% occupancy so makers are still holding their release dates until theaters become 100% functional. But the lockdown season proved to be a boon to the OTT platforms and web series makers. The whole audience of cinema halls and Bollywood shifted to OTT Platforms in the last 1.5 years. Although some of the Bollywood makers made a smart move by releasing their movies on OTT platforms. Some of the movies that were released on OTT Platforms are:

Also Read: Top 10 Actresses of Bollywood who are paid the most for movies | Highest Paid Actress in Bollywood

The movies didn’t perform up to the expectations of makers as the income on OTT platforms are far less as compared to theatrical release. OTT Platforms are suitable for low budget movies and web series only. Another reason for less revenue generation from OTT platforms is piracy. People can download the latest web series and movies for free from platforms like Telegram and other websites like Moviesflex, khatrimaza, tamilrockers and some torrent websites. The Bright Wall doesn’t post any such links and also we don’t encourage our audience to download movies and web series for free from such illegal sources.

Are you getting bored and are out of suggestions of Best Hindi Web Series to Watch in 2021, here is a list of top 10 web series for you.

Let’s talk about all the web series one by one. The web series cannot be ranked on the basis of views or collection so all the series in this list are the best depending on our taste of the content.

The YouTube channel of The Viral Fever abbreviated as TVF never puts down their fan’s expectations. TVF is popular among their millions of fans for creating realistic and relatable web series. TVF has given many superhit web series since it was established. Some of the most popular web series by TVF are Kota Factory, TVF Pitchers, Hostel Daze, Permanent Roommates and finally Aspirants added another successful web series. In this web series of 5 episodes TVF has shown the struggle of a Civil Services Exam Aspirant. The story revolves around 3 friends of which one becomes an IAS officer by cracking the exam. The audience can relate to the characters as many of them have been through that preparation phase which is shown in the web series. You should give it a watch if you are a fan of realistic and motivational web series.

This Amazon Prime Video web series’ first season nailed it and the audience were crazy about the second season. Generally it is observed that the sequel of the web series or movie fails to stand the expectations of the fans which is true in this case too. The Family Man Season 2 also revolves around the life of Srikant (Manoj Bajpayee) but this time the story appeared to be a bit slow. Srikant didn’t seem to be in the same aggressive and dominating role as in last season. The web series also has some funny punches exchanged between Raj and DK which is liked by the audience. The story is taken to some next level and there are some instances where we cannot believe at the instances if they can really happen. It is a worth watch web series if you don’t expect too much after watching the first season.

Kota Factory Season 1 was a blockbuster and record breaker for TVF. The second season of Kota Factory is the continuation of the first season.Kota Factory is a web series based on the preparation for one of the toughest exams in India i.e. IIT. The story revolves around 5 friends and about the problems a student faces during preparing for the IIT exam. The web series has a popular face Jitu Bhaiya who is a teacher cum mentor of the students who guides them whenever they are stuck with emotions and problems. Any student can relate to the web series and that’s the reason why Kota Factory makes it to the list of Best Hindi Web Series of 2021.

This web series released on YouTube and JioCinema should be in your watchlist if you are a fan of crime, drama, mystery, thriller and emotional web series. Dude is the story of a detective who works on a case along with finding the answer to her mom quitting her family and job. During the investigation of the case a small love story is also shown which is of less relevance with the plot. It was released on YouTube and it is a great achievement by a free release to make it to the list of Best Hindi Web Series in 2021. This web series stars YouTube actors Ambrish Verma and Apoorva Arora. If you are a fan of detective web series you should give DUDE a watch.

Another Amazon Prime Video web series making it to the list of Best Hindi Web Series to watch in 2021. This web series is based on the 26/11 Mumbai Attacks. It covers the story of a hospital’s emergency ward. The situation that arose after the terrorist attack on Taj Hotel Mumbai was really tough for the whole nation. In this web series the attack is shown from the medical staff’s point of view. It was a very tough time for the medical team and first informers. You can give it a watch if you are a fan of drama and thriller.

The first season of Gullak was liked too much by the audience. It was a Sony Liv web series made under the banner of TVF. It is the story of a middle class family who make savings in an earthen piggy-bank, Gullak. The Gullak recites the story from its perspective which gives the web series a totally different touch. The web series is loaded with funny elements and emotional touch too. With a different touch this web series makes it to the charts of Best Hindi Web Series of 2021.

We are including this Sony Liv web series in the list of Best Hindi Web Series of 2021 due to Sunil Grover. This series is a crime, thriller, drama and comedy based web series. The story is based on the investigation of a mysterious murder case in which Sunil Grover (Sonu Singh) becomes the prime suspect due to his strange nature. The society in which this whole series is shot is named Sunflower which gives the name of the web series. Not everyone might like this web series because the characters are a bit confusing but if you are a suspense lover this should be in your watchlist.

The Hotstar Special release web series Grahan has a lot of elements which keeps it in the list of Best Hindi Web series of 2021. The story is based on the book titled Chaurasi by Satya Vyas. It is a Hindi Crime drama web series. The web series covers the story of an accused of 1984 Sikh riots in Punjab. The lead actress is the daughter of the prime accused of riots and is a serving IPS in Indian forces. She takes charge of the investigation case and during this the story takes many twists and turns which you are going to enjoy as a viewer.

This sequel of a previously hit series Hostel Daze is available to watch on Amazon Prime videos. The first season of Hostel Daze was a superhit among the Indian youth due to the relatable plot of the story from a boys hostel. The story has drama, emotions, comedy and the most important element, realisticity through which the viewer can assume himself in that place. It is the story of 3 friends who take admission in a college and are allotted a hostel where they face ragging from seniors. The second season is the continuation of the first season but has more emotions and less comedy as compared to the first season. The 3 friends in the second season become seniors and their perspective is shown in the second season. It is still a good choice to put under Best Hindi Web series of 2021 category.

Candy is Richa Chaddha’s first web series and hence debut on OTT platform. We have seen many big screen actors shifting to OTT including Abhishek Bachchan. This web series revolves around the murder mystery of a student in Rudrakund. In the process of investigation the investigating officers discovered a heinous drug racket linked to the murder. Some supernatural elements are also included to give it additional thrill. This is a good watch if you are a thriller web series fan.

So, this was the list of Best Hindi Web Series in 2021. If you have any other favorites from those listed in the article you can let us know on our social media handles. Follow The Bright Wall on Twitter and Instagram to stay updated with latest entertainment news and updates. 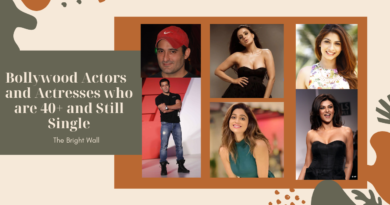 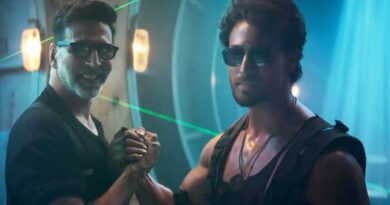 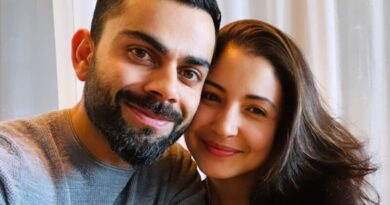 3 thoughts on “Here’s a list of best Hindi Web Series of 2021 on OTT Platforms like Amazon Prime, Netflix and Voot Select”