A few months ago, the fifth season of the dance reality series DID Li’l Masters on Zee TV premiered, immediately winning over viewers’ hearts.

The producers did all possible to put on a grandiose performance for the grand finale of DID Li’l Masters Season 5 on Sunday. The finals episode featured everything, from the wonderful 5 finale contenders putting on amazing dance performances to welcome the cast of the Bollywood film JugJugg Jeeyo for its marketing. To be noted, the producers raised the bar for the performance this time by bringing on dance master-blaster Remo D’Souza, the always glamorous Sonali Bendre, and the fiery Mouni Roy.

With their hilarious antics and upbeat energy on the finale, Bollywood actors Anil Kapoor, Kiara Advani, Varun Dhawan, Prajakta Koli, and Maniesh Paul as usual brought down the house.

Only a small number of the thousands of children who applied to be on the show were selected for the Grand Premiere episode, when they showcased their exceptional skill.

The top 15 candidates of the competition, together with their skippers Vartika Jha, Vaibhav Ghuge, and Paul Marshal, lit the stage on fire in the finale episode, making it even more entertaining.
In order to keep the audience glued to their seats, the judges Sonali Bendre, Mouni Roy, and Remo D’Souza also danced to well-known Bollywood tunes.

Also Read: Top 20 richest rappers in the world: Their net worth & early life, struggles and more

The evening’s host, Jay Bhanushali, kept the show’s atmosphere and fun element high as usual. Comedian Bharti Singh, who joined Jay as his co-anchor, brought extra humor to the programme. Jay and Bharti promised to keep everyone laughing and ensure that no one had a dull moment for even a second.

Everyone was impressed by the final dance performances by contenders Sagar, Nobojit, Appun, Adhyashree, and Rishita.

DID Li’l Masters Winners and Runner Up

Finally, the results were revealed, with Appun and Adhyashree taking first and second place, respectively. Ahmed Raja was a unique contender who captured everyone’s attention during the finale programme. He too received a monetary prize as a special surprise from DID L’il Masters, along with the top 5 finalists. 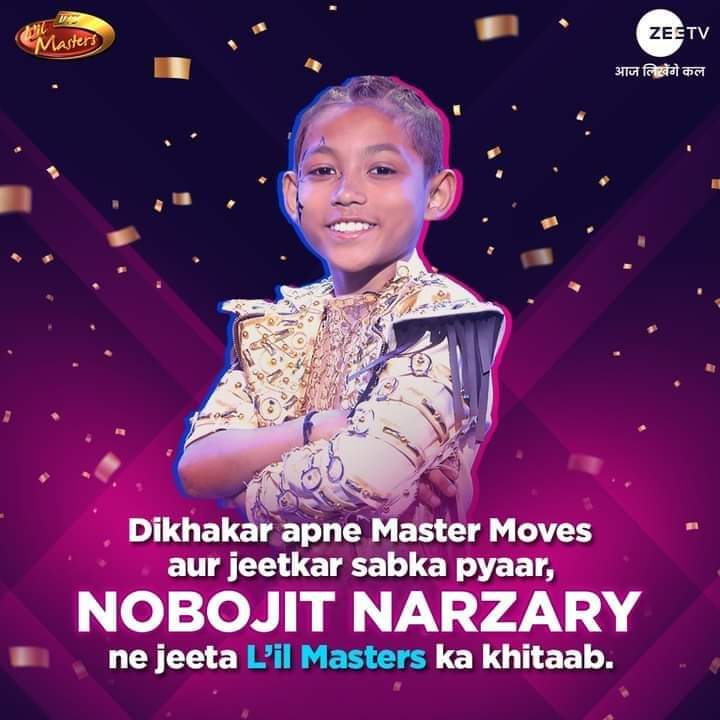 Nobojit was crowned the DID Li’l Masters Season 5 winner in the grand finale and received the trophy and a whopping Rs 5 lakh in prize money.

Overall, the grand finale wasn’t much different from what we typically see on various reality shows; but, it surely had a higher cuteness quotient than most!

One thought on “Nobojit Narzary wins the trophy and a cash reward of Rs. 5 lakh in DID Li’l Masters Season 5’s grand finale.”