Saurav Ganguly is one of the trending topics on twitter today due to his funny blunderin a tweet on teachers’ day where he mentioned Greg Chappell.

The Saurav Ganguly vs Greg Chappell war is not a new thing but it surfaced again on the occasion of teachers’ day. Saurav Ganguly and Greg Chappell were involved in controversies during 2005-06 when dada lost his captaincy and Greg was held responsible for it. Later Ganguly joined the Indian national Cricket team again but was out of form which eventually put a full stop on his career.

On this teacher’s day Saurav Ganguly decided to wish all his ex coaches a happy teachers’ day including some names like Debo Mitra, John Wright, Gary Kirsten and Greg Chappell. This tweet was a simple tweet until the previous version’s screenshot surfaced. The original tweet is still present on Twitter which you can find here:

There are few moments in life that make you relive your past, here's to my failures & bouncing back.

Before posting this tweet Saurav Ganguly had a small blunder which was funny and taken to next level by netizens in form of memes. Dada’s deleted tweet reads, “Major missing Debo Mitra, John Wright,Gary Kirsten and my favourite one, Greg. Happy Teachers’ Day! There are few moments in life that make you relive your past, here’s to my failures & bouncing back.” 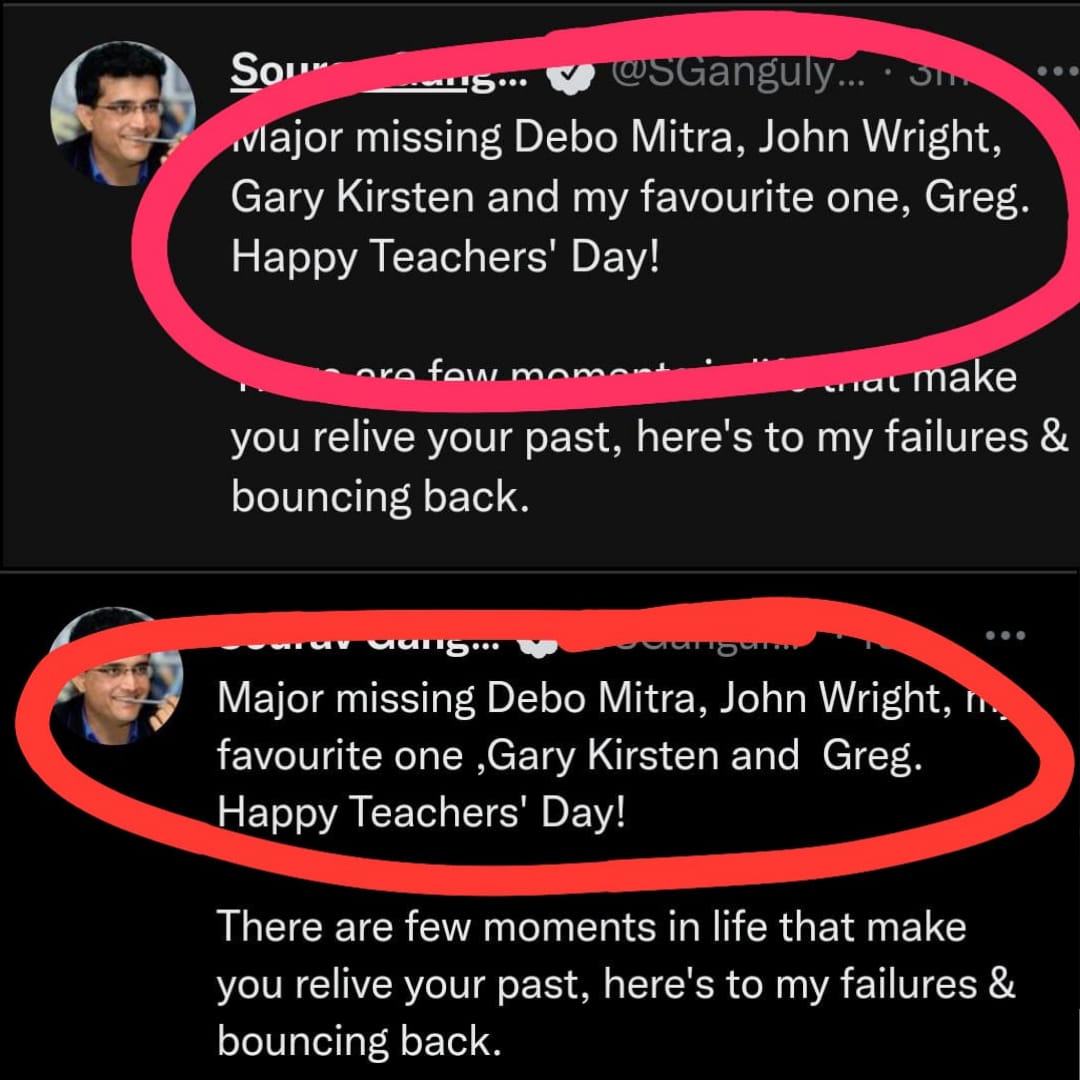 In this tweet Ganguly termed Greg Chappell as his favorite coach which was very funny.

Memer community never spares anyone, so its same for this case also. This small blunder by Saurav Ganguly is taken to next level by Twitter meme community. Let’s see some of the most funny takes on this situation:

Mr Wolverine thinks that it is hard for Dada to praise Greg Chappell publicly, so he depicts the emotions behind the screen as follows:

#Ganguly while praising crickters on his timeline few minutes ago
🤣🤣🤣 pic.twitter.com/bJPmCu6W4o

This is really funny please check this meme haha too good #Ganguly pic.twitter.com/OPCdZSMMNR

Sufiyana seems to be in a hurry to share the meme that’s why she herself made a blunder by calling Greg as Ganguly’s captain and not coach. But leaving that blunder apart if captain is replaced by coach then this tweet is also a bang.

Also Read: Boycott Brahmastra vs We Love Brahmastra? Which side of Netizens are More Powerful and What is Your Stand? 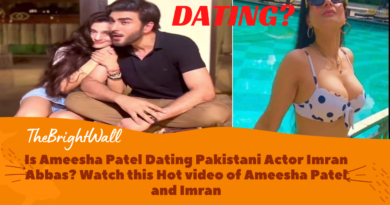 One thought on “Saurav Ganguly wishes his Ex Coaches Happy Teachers Day on Twitter but Gets Trolled for this Funny Blunder:”